The history of the

On this page genealogy about the Niesten, Nijsten, Niessen, Nijssen families.

Niesten family from Beverwijk  ·  Niesten, Nijsten, Niessen en Nijssen in the Netherlands after 1800 ·

Niesten families in Germany and Belgium  ·  Nieste in Duitsland  ·  Thanks

The beginning of all the Niesten and Nijsten families was in Limburg.
The name comes from Dionysius*. (by drs. L.J.Niesten). This was a boys name you heard a lot in the (catholic) south of the Netherlands. The familyname Niesten is a degeneration from Niessen because the second "s" was written like a "t" (by drs. L.J. Niesten) Niessen was meaning the son of Nies just like Pietersen and Klaassen means the son of Pieter and Klaas. Nies was the shortening of the name Dionysius. Becaus the name could be started on differend places it's not clear of all the Niesten families are related.
*By the Legend Saint Dionysius was, probably in the thirth century the first bisshop of Paris, a "cefalofoor" (This is a saint who walkes with his head on his arm to his grave after his decapitation). This should have been taken place on the hill we nowadays call Montmartre, the martyrhill (Mons Martyrum). But there were more people with the name Dionysius/Dionysios.
Do you have information ? 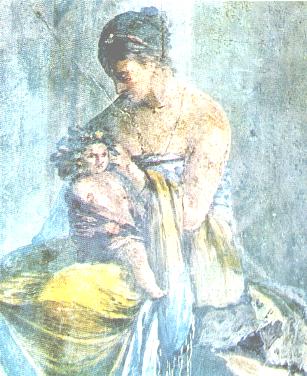 The name Nijsten (Niesten) comes from Saint Dionysius, who is be known as the patron saint of the city of Paris and also as Saint Denys. The story is as follows that he walked with his head on his arm to his grave after his decapitation. To every saint you can pray to get special favours and St Denys is been prayed to get relieve of headache.

The letter 'ij' was spoken in old Dutch as 'ii', The longer version of the 'i' of de 'ie'. (Paris[Parijs] was been spoken as Pariis and Berlin[Berlijn] als Berliin, just like in the French and german/teutonic). In old poems from for instand Vondel (dutch poet) jou see also that de klank 'ij' never rhyme to words with the klank 'ei'. In Limburgian dialects it's still the same. The familyname Nijsten is been written with an 'ij', but we speak it out in the Limburgian dialect with a short 'ie' - in matter we should also write Niesten . In the books of the churches and the registration service you see both manner of writing.
(picture; fresco with Dionysius as child been nurced by a nymph)

The corruption from Denys to Nijsten, Nijssen or Niesten, Niessen went off as follows: the suffix -sen or -sten means son of. So arised the name Denijssen and Denijsten. In the Limburgian language is sometimes referenced to people with 'de+familyname'. For instands: instead of; 'Mister Cremers has bought a house', men says 'The[De] Cremer has bought a house'.
This is not been doing with all the familynames, but it was not oncommen. (In the German language it's also been doing). Wenn men writes the name in full, 'de' is leave out and the suffix (-s, -sen, -sten) is add again. Somebody with the name 'Denijsten' was calling 'De Nijs' (for the sake of this should have been 'De Denijs', but that was not so). Therefore arised confusion with the name Denijsten. It looked like 'de' was an article instead of a part of the name. Therefore in writing men left out 'de', and so arised the name 'Nijsten'.


This is not ready !

Bishop of Paris and martyr Born in Italy, place and time unknown. His festival is kept on 9 October. He is generally presented with his head in his hand because he has stood up according to the legend after z'n terechtstelling and with z'n head under z'n poors still a piece has run. He pope Fabian (236-250) was sent out to Gallië with some other mission bishops for a heavy mission. The church of Gallië had suffered heavily from the bewind of emperor Decius and the new messengers of faithfully had bring on the old florisante level to the belief. Denis arrived with z'n onafscheidbare partners, the priest Rusticus and the barristers president Eleutherius, and established themselves on an island in the Seine. The first document what concerning z'n verrichtingen and martelaarschap, "Passio SS told. Dionsyii, Rustici et Eleutheriie", dated of the end of the sixth century or the beginning of the seventh century and is with many legends omwoven. However the following facts can be distilled;

Saint Denis built a church on an island in the Seine and ensured a regular celebration of church services. To be unafraid and onvermoeide led predeking concerning the gospel to uncountable bekeringen. This weak the envy, toorn and the hatred of the pagan priests. They ruidden the gepeupel against the aliens and forced at the governor Fescenninus Sisinnius to the new predeking to stop. Denis were taken up with its two partners and then they persisted in their belief they were decapitated after many torments. Later reports gave a detailed description of the death through torture of the belijders. They were whipped, caught put, laid on the pain bank, thrown at wild animals, on the fire battery put and eventually decapitated. Gregorius of tours explained simply; "Beatus Dionysius Parisiorum episcopus diversis pro Christi nomine adfectus poenis praesentem vitam gladio immente finivit" (Hist.Franc.I, 30). the bodies of the three saints martyrs got a honourable burial by the efforts of a pious lady Catulla called and small (reliek)schrijn on their sepulchres were placed. This was later replaced by a splendid basilica (egregium templum) which Venantius in fresh verheerlijkte. Source; Catholic Encyclopedia/New Advent/St. Denis/by Jos.Stiglmayr/transcriptie; Christine J. Murray/translation; Coen Niesten.

DIONYSIUS EXIGUUS Nowadays the gregorian calendar (to calendar reformer pope called Gregorius XIII, who incl some rules sailed in on the schrikkeljaren) follows the zonnejaar, they it with a deviation of 26 seconden per year. But is this Christian era correct? She was just devised in the 6th century after christus Dionysius Exiguus, who for pope Johannes had I calculate the paastabellen for the coming 95 years. For that he based himself on data from Alexandria. The stootte had link him however against the udder that he are calculations with the era of an emperor who was beducht for its church prosecutions. For this reason he devised a new era starting as from the birth of Jesus christus. From the gospel he inferred that Jesus arose were on Sunday 25 March, 532 years suffered. Thereby he counted 31 years for the age of christus. Thus he ended up on 563 years. The beginning of the year 1 empty he permanently on 1 January after Jezus' birth, which was situated on 25 December. But why didn't one start count of zero? The reason is simple: the Romen had no figure for "nul" to indicate. This meant thus that someone who became in the year 10 for christus born and died in 10 after christus, none 20 but 19 years old became!

DIONYSIUS THE CARTHUSIAN A lot of work of Dionysius has already appeared in the first decades of typography (the so-called Incunabelen or wiegendrukken up to 1500) and in na-periode (the so-called Postincunabelen, 1500-1540). From the time of the postincunabelen in the Jezuďetencollectie 5 work have been meanwhile discovered. The last recent discovery concerns the work 'Summa fidei orthodoxae libri two-high rolling mill... '. The work has been pressed in Cologne by Melchior Novesianus in 1535 and 1536 and contains two parts. Dionysius treat the main points of the belief. The title page of the first part (to see photograph under) is verluchtigd with cuts. The monk, who stands represented left beside the title, is probable Dionysius themselves. This was, as it happens, not uncommon in that time. The title page of the Second part (to see photograph under) is soberder, but nevertheless shows a fraai printer mark. The person Dionysius the Carthusian became as D. van Leeuwen in 1402 born in the Belgian Rijckel. After its study to the university of Cologne he entered as a monk in the Carthusian convent bethlehem in Roermond in 1422. He was of the largest scholastieken of the later middle ages and Council man of distinguished ecclesiastical persons and frosts. This way accompanied he cardinal Nicolaas of Cusa on his visitatiereis North - and West-Duitsland in 1451 and 1452. he published numerous writings, both in grapheme and in very, mainly in the field of we covetousness, godgeleerdheid, canoniek right, mystic, ascese and sociology. One gave the eretitel him doctor exstaticus. In 1469 he returned to Roermond, where he died 12 March 1472. Its skull is still kept in the Caroluskapel, the vault of the former Carthusian convent, in Roermond. Source; Herman van der Pool/Dionysius the Carthusian. 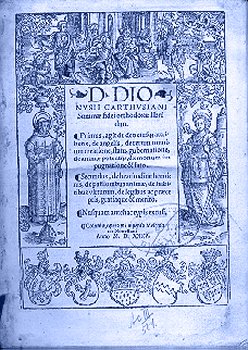 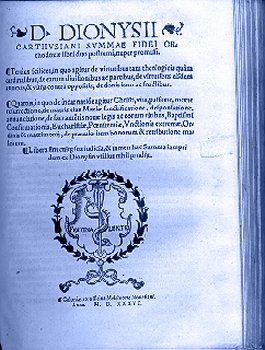 
These lists are put together to look into howfar families with the familyname Niesten, Nijsten, Nijssen en Niessen are related. To present dese data op the internet they can be of use for ather genealogists and by supplementary information grow out to a bigger whole.

Go to Niesten,Nijsten,Niessen,Nijssen at Limburg before 1800

For Belgium go to Niesten,Nijsten,Niessen,Nijssen at Belgium Limburg before 1800


Niesten, Niessen en Nijsten in the Netherlands (after 1800)


These lists are put together to look into howfar families with the familyname Niesten, Nijsten, Nijssen en Niessen are related. To present dese data op the internet they can be of use for ather genealogists and by supplementary information grow out to a bigger whole.

Nyst en Nijst in the Netherlands (also limburg) after 1800.

The history of the Niesten family from Beverwijk. 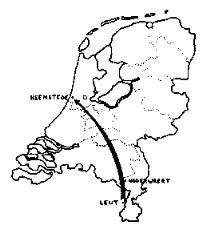 The history of the Niesten family from Beverwijk (Kennemerland) begins in limburg. On april 27 1688 Govert Nijsten (Nijssen) married Cornelia Lenssen at Leut. His grandson Joannes Niesten went to Heemstede. He bought the "blekerij" of his brother in law Jan Pennings and married Maria Daris on may 1776.

Hendrik Niesten, the grandson of Joannes, went in 1864 with his wife (Petronella Huijg) and children to Beverwijk. Theyre youngest sun's Coen and Janpiet can be seen as the fathers of the Niesten family from Beverwijk. In 1989 there was a book about this family.

The history of all the Niesten and Nijsten (Nijssen) families begins in Limburg. (the Netherlands)
The name comes from Dionysius. ( drs. L.J. Niesten)
This boysname you heard a lot in the soutern part of the Netherlands. It's not clear or all the people with the name Niesten and Nijsten are family. It's possible that there are different families.
Do you have questions or do you have suggestions? Coen Niesten. c.niesten@tiscali.nl


Niesten in Germany and Belgium.


It is almost impossible to do the familyhistory without the help of ather people. From the following people I did get information.
Mareille Nijsten, drs. L.J. Niesten, P.J.W.Nijssen, W.H.M.Lensen, Dorus Vissers (Dionysius). I want to thank al those people and them who I did not mention.