H—llebrand/H—llenbrand in Germany and Austria

H—lle(n)brand in Germany  Any connection?  some history of the name Hollebrand  Cochem  Germany  Habkirchen  Pirmasens?


These lists are put together to look into howfar families with the familyname H—llebrand are related. To present dese data op the internet they can be of use for ather genealogists and by supplementary information grow out to a bigger whole. This page just started. Ather places are in preparation.
Do you have information/data who could supplementary these lists or do you have information about ather places, please send a message to the composer. For suggestions or questions; Coen Niesten. c.niesten@tiscali.nl 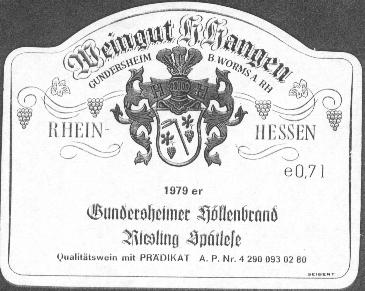 Any connection between Hollebrand in the Netherlands and H—llebrand in Germany?

Hollebrand was a boysname in the Netherlands till at least the 16th and the 17th century. The meaning of the name is "loyal to the sword" (very old dutch). In Germany and Austria however H—lle means hell and brand means fire. (Fire from Hell?) Also there should be a little place in Germany with the name H—llebrand. Till now on there is not find any connection between these families and the Hollebrand families in Holland.

However an uncle of me, Joop Hollebrand, thougt the dutch family was coming from Austria (Salzburg). They went first to France and went than to The Netherlands. He was in the late sixtees on holidays on a trip with a boat on the Moesel in Germany. There was also somebody from Austria on the boat and they get talking with eachather. My uncle said "my name is hollebrand" and the ather man could'nt believe it because he said "my name is also H—llebrand!"
Well anyway I start a page with the familyname H—llebrand as well. Maybe H—llebrand families from Germany and Austria can give me theyre names and places were they live. So we can try to start a familytree.
There should be a place or a castle with the name H—llebrand in Germany? Do you have information?


Some ather history of the name Hollenbrand

Gregory VII reigned from 1073-1085 A.D. He was the son of a blacksmith. His real name was Hildebrandt. Although he was small in size, he was strong in spirit. He was the most powerful pope that ever had occupied the "holy see". Cardinal Domiani called him HOLLENBRAND, which means "hell on fire". His election was achieved through intrigues and hypocrisies, and king Henry the IV was the driving force behind it. This son of a blacksmith wrought the chain that was to hold the world in the ban of popery for nearly 1,000 years. He was the true brain of the papacy as we know it today. He was relentlessly looking for a way to establish the One World Government, which he called "universal monarchy." He was hardly elected when he expressed the idea that the whole world was subject to feudal tenure to the Vatican. Some of the kings and princes agreed with him and gave their land to tenure; some did not agree with him because they were able to see through the lies, intrigues, and trickery, and he spoke the interdict over them. What we have just read concerning the interdict, came to pass over all those nations. A king who was under the interdict, e.g. excommunicated, was stripped of all his powers. All his subjects were released from their allegiance to him, and they no longer had to listen to him. Since the people had grown accustomed to the fact that the pope was the deputy of God, it wasn't difficult for the pope to press forth his claim. This gives you an idea how gullible and stupid people are when it comes to these things.

To achieve all this, Gregory found it necessary to loosen the clergy from the bondage of secular powers, for they were not to have any other interest, but the church. He went out to destroy the family ties and all that the family stood for, with the main aim to kill marriage among the priesthood. This makes Gregory the one who ushered in celibacy. You may very well imagine that such a thought did not go down well with the majority of the bishops and priests. The fight that developed from it lasted for nearly 200 years, with the result that the Vatican got its way.


Ron Gorringe from England;
My Great Grandmother Anna Hollebrand died on 30th. January 1906. The chapel of mourning was at Rein- prechts-Dorferstrasse 36 which is in the Vienna district of Margareten 5. From there she was taken to the parish church of The Holy Florian for blessing.
She was then buried in the Central Cemetary. I know nothing of her husband my Great Grandfather Johann Hollebrand.My late Father once told me that the Hollebrand family came from Mannersdorf. In 1998 3 Hollebrand families lived in Mannersdorf Am-Leifliorgebirge Lower Austria. A Doctor Ernst Hollebrand lived in Mannersdorf, Burgenland.I have been told by an Austrian lady that there are 4 towns named Mannersdorf in Austria. Perhaps if this information was on your website,it may jog someones memory. Regards. Ron Gorringe.

Hello Mr Niesten. The attached photo, shows My Grandfather Karl (Charles) Hollebrand together with his wife Marie nee Meindl with three of their nine children, on holiday to their old home in Vienna in 1924. Annie was the last to die in January 1995. The small boy in front was probably a nephew of Karl. I have no knowledge at all, who the other family members in the photo may be. Karl together with two other brothers, came to England around 1896, later starting a briar pipe business employing some 30 people. Perhaps if this photo was on your website,it may jog someones memory in Austria. Regards. Ron Gorringe.

from Colin Thacker (12 febr. 2004)
Dear Mr Niesten I was most interested to find the pages dedicated to the Hollebrand name. My Mother's maiden name was Eileen Florence Marie Hollebrand and she was the daughter of Rudolf and Florence Minnie Hollebrand (nee Gorringe). Regrettably, my Mother passed away on January 3rd of this year aged 79. Rudolf is mentioned in your website as being the son Charles and Marie and he came to England from Vienna and worked in the briar pipe industry with his brother. Rudolf passed away in 1963 aged 68. My Mother married William Henry Thacker in 1946 and had 2 sons, myself (Colin) and my brother, Raymond. I would be very interested in learning any family history and, indeed, adding to it if I can be of any assistance in providing any information. Best regards Colin Thacker

Dear C.Niesten! (27-1-2008) The little boy in front of the Fotography named Franz was my father Franz H—llebrand, born on 10.11.1918 and died 1985 in Vienna. He was the son of Julius H—llebrand and his wife Sophie (born name St■ndl). My name is as well Franz H—llebrand,an d I was born in Vienna on 11.11.1946. The other two boys on the picture are the cousins of my father, George and Henry Hollebrand, who werte living in London and beeing on holydays at this time in Vienna. In 1961 and 1963 I stayed by them in London in my vacances to learn better English. dear geatings, Franz H—llebrand

In England is also a familie with the name Hollebrand. They come originally from Austria. (Vienna) Between 1897 and 1899 CHARLES HøLLEBRAND and his wife MARIA and two? children went to England. His sun Albert is born in England.
MICHAEL HOLLEBRAND, sun of Reginald Hollebrand, and grandsun of Albert, has recently started to do the familytree.

In 1890 there were 4 persons with the name Hollenbrand in the state Maine, USA

England;
Michael Hollebrand.
Ron Gorringe.
Colin Thacker.
Austria;
Fam. Gert H—llebrand
Franz Hubeny
Thanks to all and who I did not mention.

Do you have any information? Do you have questions? For suggestions; Coen Niesten. c.niesten@tiscali.nl